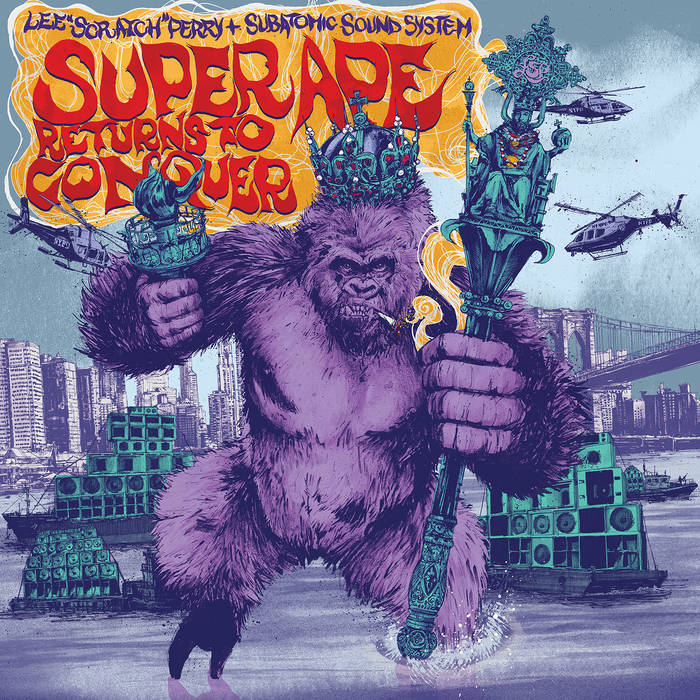 jahduke Lee Perry is my hero a Pisces as I am and born on my moms bday. Bless up my brother. Emch I’ve talked to you on fb man your sounds are🙀🔥💥

Forty one years after Lee "Scratch" Perry defined dub music with his iconic 1976 Super Ape album, he returns with New York City's Subatomic Sound System to conquer the bass generation. Subatomic reincarnates the magic of Perry's Black Ark studio in Jamaica, going in heavy on Ethiopian horns & percussion, reinvigorated by booming 21st century bass & beats to capture the energy of their innovative live electronic show and vibes of the urban jungle. The original album is a cornerstone in the development of independent, producer fueled, beat and bass driven music. This new album breaks ground of its own as Perry & Subatomic create an unprecedented level of dynamic improvisation between live performers, computers, and studio manipulation, exploding traditional concepts of what is a live performance versus a studio recording.

Bandcamp Daily  your guide to the world of Bandcamp